Myth Explorer was a web-based adventure series which followed Erin Ryder and her crew as they traveled the world in search of undiscovered mysteries — the first season focused on uncovering the secrets of the long-lost Skull Island, fabled home of King Kong. The show was created as part of Universal Orlando's promotional campaign leading up to the opening of their newest attraction, Skull Island: Reign of Kong. 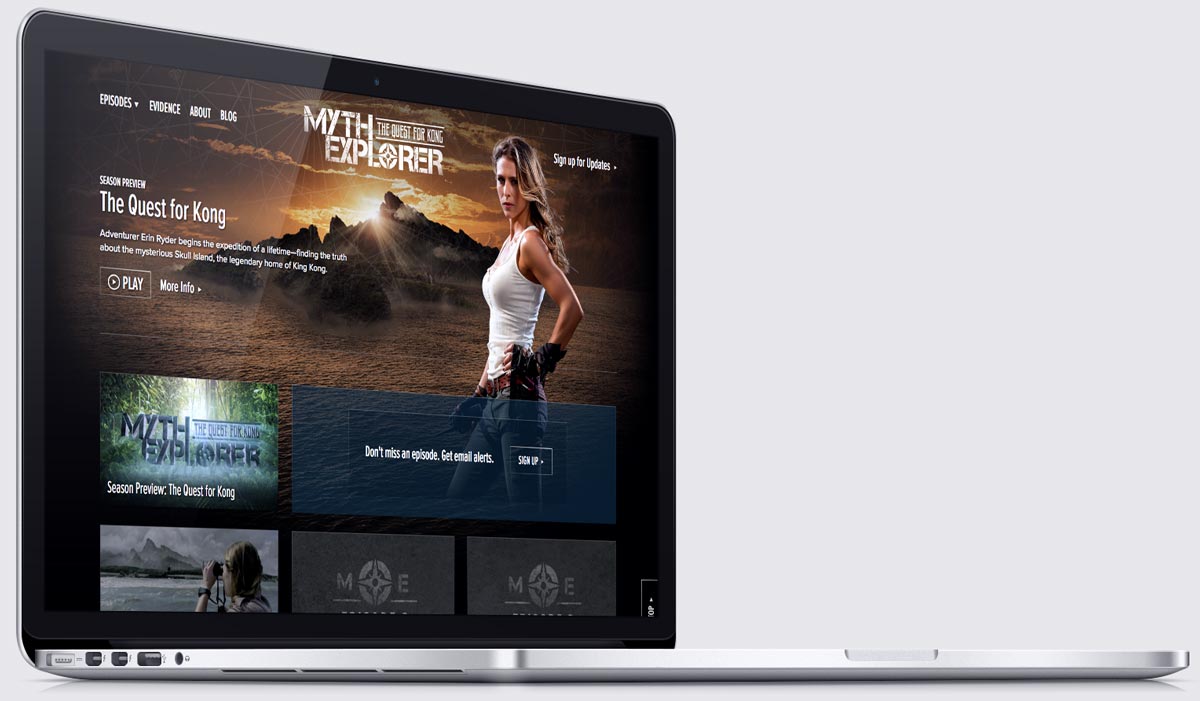 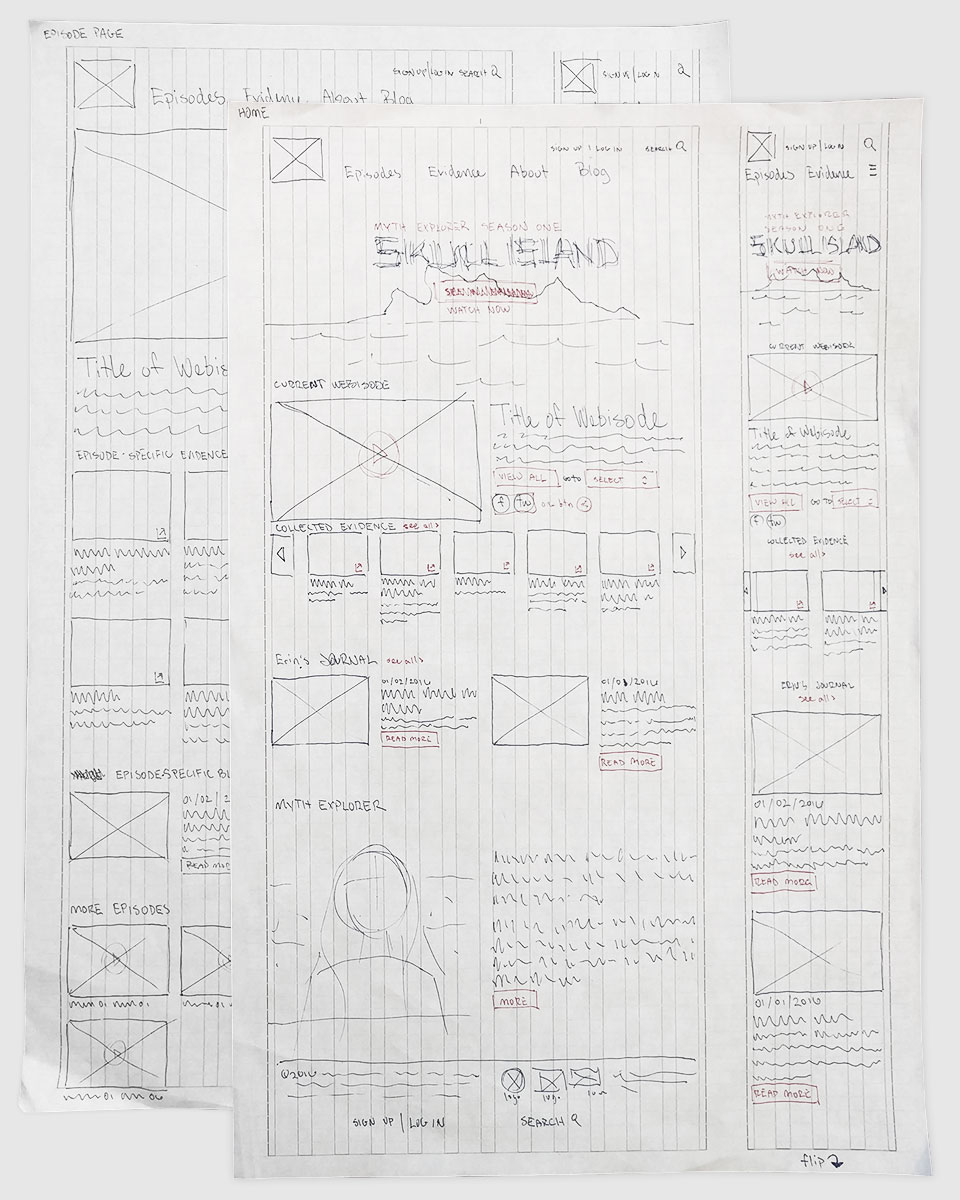 After the initial sketches, I began working in-browser. This allowed me to layer in some simple functionality and demonstrate responsive layout behaviors natively. It also helped keep everyone honest regarding the amount of content and copy that could fit comfortably on a page.

To document specific features and describe the behaviors of individual elements, I annotated the wires using screenshots of the HTML build. 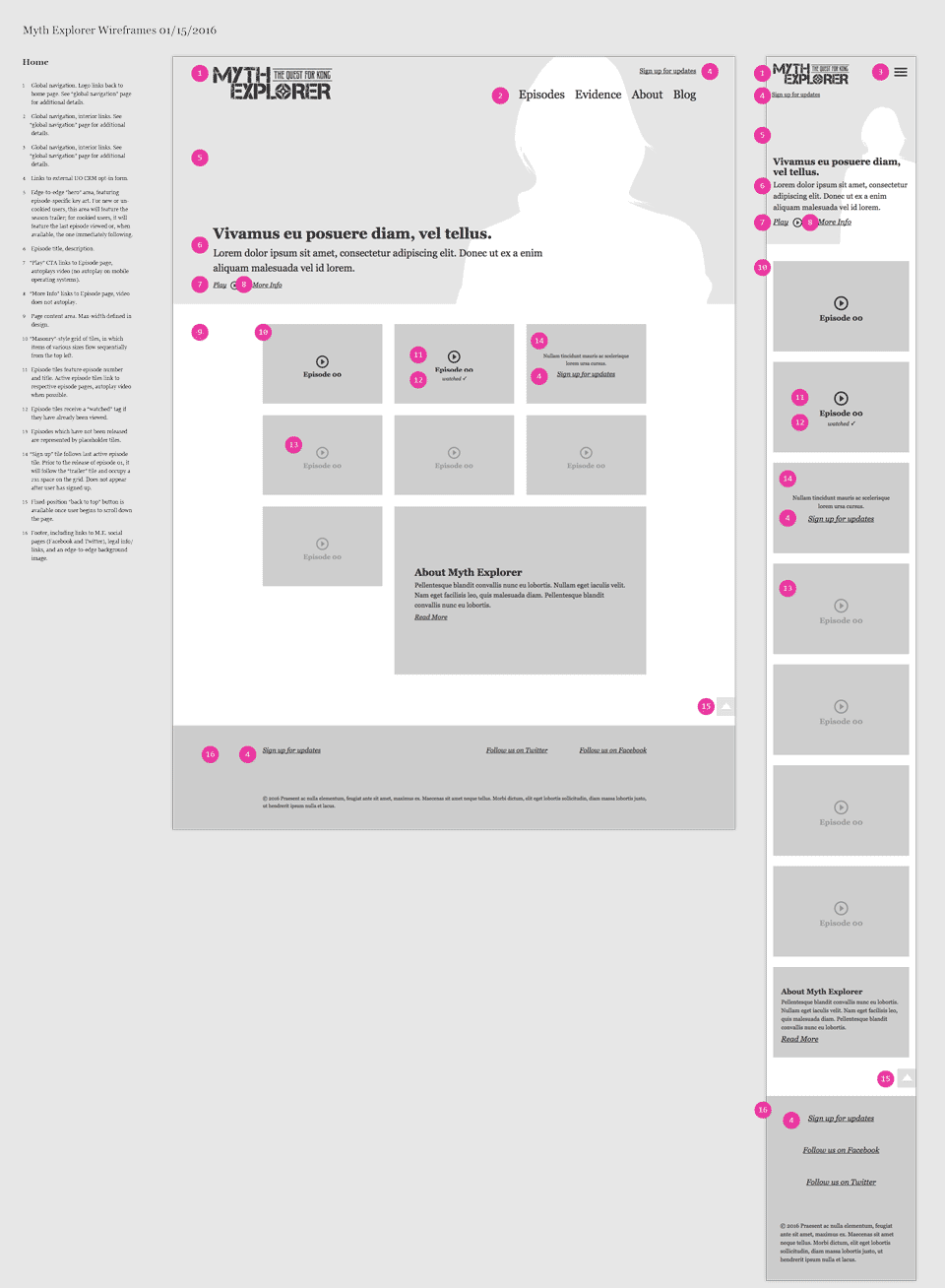 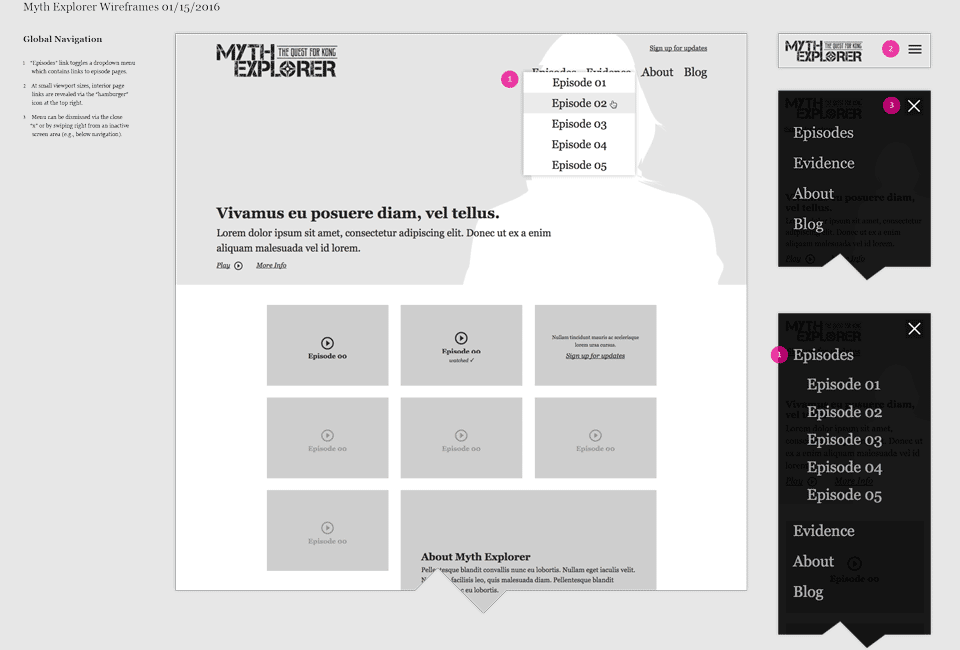 From here, the design and development teams took the reins and produced a kick-ass site.